The Salem witch trials of 1692 were the earliest examples of mass hysteria in the country.

The Salem witch trials were a series of hearings and prosecutions of people accused of witchcraft in colonial Massachusetts between February 1692 and May 1693. The trials resulted in the executions of 20 people, 14 of them women and all but one by hanging. Five others (including two infant children) died in prison.

Twelve other women had previously been executed for witchcraft in Massachusetts and Connecticut during the 17th century. The episode is one of colonial America’s most notorious cases of mass hysteria. It has been used in political rhetoric and popular literature as a vivid cautionary tale about the dangers of isolationism, religious extremism, false accusations, and lapses in due process. What happened in colonial America was not unique, but rather an example of the much broader phenomenon of witch trials that occurred during the early modern period throughout England and France.

Like many other Europeans, the Puritans of New England believed in the supernatural. Every event in the colonies appeared to be a sign of God’s mercy or judgment, and it was commonly believed that witches allied themselves with the Devil to carry out evil deeds or cause deliberate harm. Events such as the sickness or death of children, the loss of cattle, and other catastrophes were often blamed on the work of witches.

Women were more susceptible to suspicions of witchcraft because they were perceived, in Puritan society, to have weaker constitutions that were more likely to be inhabited by the Devil. Women healers with knowledge of herbal remedies—things that could often deemed “pagan” by Puritans—were particularly at risk of being accused of witchcraft.

Hundreds were accused of witchcraft including townspeople whose habits or appearance bothered their neighbors or who appeared threatening for any reason. Women made up the vast majority of suspects and those who were executed. Prior to 1692, there had been rumors of witchcraft in villages neighboring Salem Village and other towns. Cotton Mather, a minister of Boston’s North Church (not to be confused with the later Anglican North Church associated with Paul Revere), was a prolific publisher of pamphlets, including some that expressed his belief in witchcraft.

In Salem Village, in February 1692, Betty Parris, age 9, and her cousin Abigail Williams, age 11, began to have fits in which they screamed, threw things, uttered strange sounds, crawled under furniture, and contorted themselves into peculiar positions. A doctor could find no physical evidence of any ailment, and other young women in the village began to exhibit similar behaviors. Colonists suspected witchcraft and accusations began to spread.

The first three people accused and arrested for allegedly causing the afflictions were Sarah Good (a homeless beggar), Sarah Osborne (a woman who rarely attended church), and Tituba (an African or American Indian slave). Each of these women was a kind of outcast and exhibited many of the character traits typical of the “usual suspects” for witchcraft accusations. They were left to defend themselves.

Throughout the year, more women and some men were arrested, including citizens in good standing, and colonists began to fear that anyone could be a witch. Many of the accusers who prosecuted the suspected witches had been traumatized by the American Indian wars on the frontier and by unprecedented political and cultural changes in New England. Relying on their belief in witchcraft to help make sense of their changing world, Puritan authorities executed 20 people and caused the deaths of several others before the trials were over. 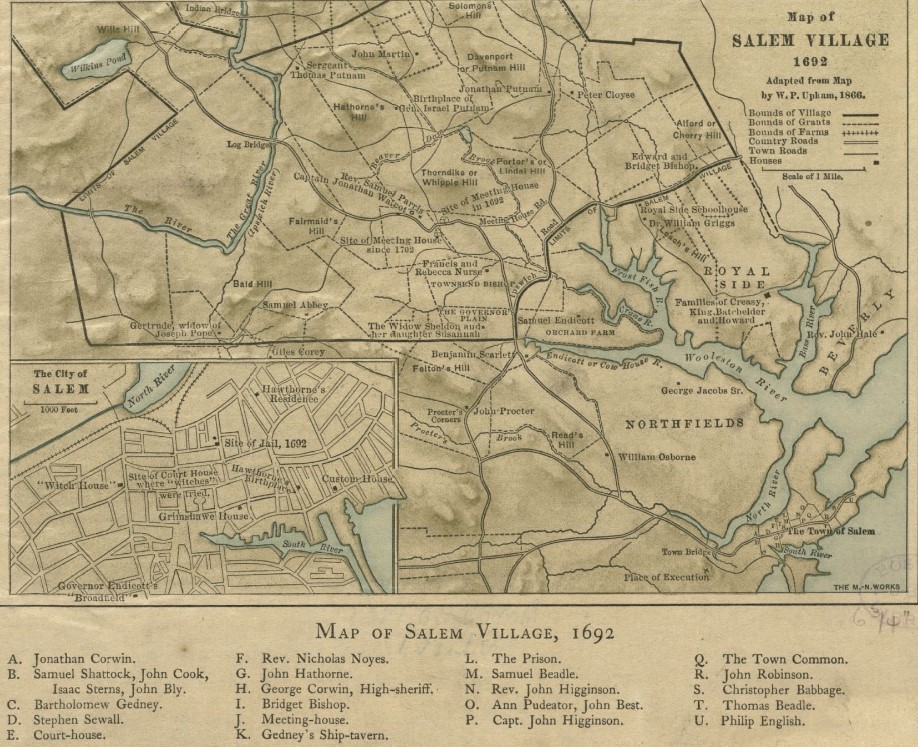 American Literatures Prior to 1865 by Various Authors is licensed under a Creative Commons Attribution-ShareAlike 4.0 International License, except where otherwise noted.