William Bradford was born in Austerfield, Yorkshire and reared as a farmer. In 1606, inspired by the preaching of nonconformist minister Richard Clyfton (d.1616), Bradford joined the Separatist group tied to William Brewster (1568–1644) in Scrooby, Nottinghamshire. As Separatists from the Church of England headed by the English monarch, this group (and similar others) engaged in treason against the English crown. To escape the consequent-enforced secrecy and persecution, the group left England for the Netherlands. In 1609, Bradford joined them there, became a weaver, and started his own business upon inheriting money from his family.

To escape further persecution, the group petitioned for and won a land grant in North America. Bradford was one of the pilgrims who sailed from Southampton, England in 1620 on the Mayflower to settle in the land granted. Their land grant was originally meant to be in Virginia but, due to difficulty navigating in storms, they landed at Plymouth, Massachusetts. William Bradford helped define for themselves and future generations their Puritan settlement and endeavor at Plymouth Plantation. After the death of their elected governor John Carver (1576–1621), Bradford was elected governor. He was re-elected thirty times, serving as governor for almost all but the last five years of his life. He signed the Mayflower Compact that ordered their earthly rule (even as a means to prepare for heavenly rule); held to the Compact’s democratic principles in his governorship; worked to repay the debt to the British  investors who funded their project in America; and did much to organize and lead the pilgrims’ lives. 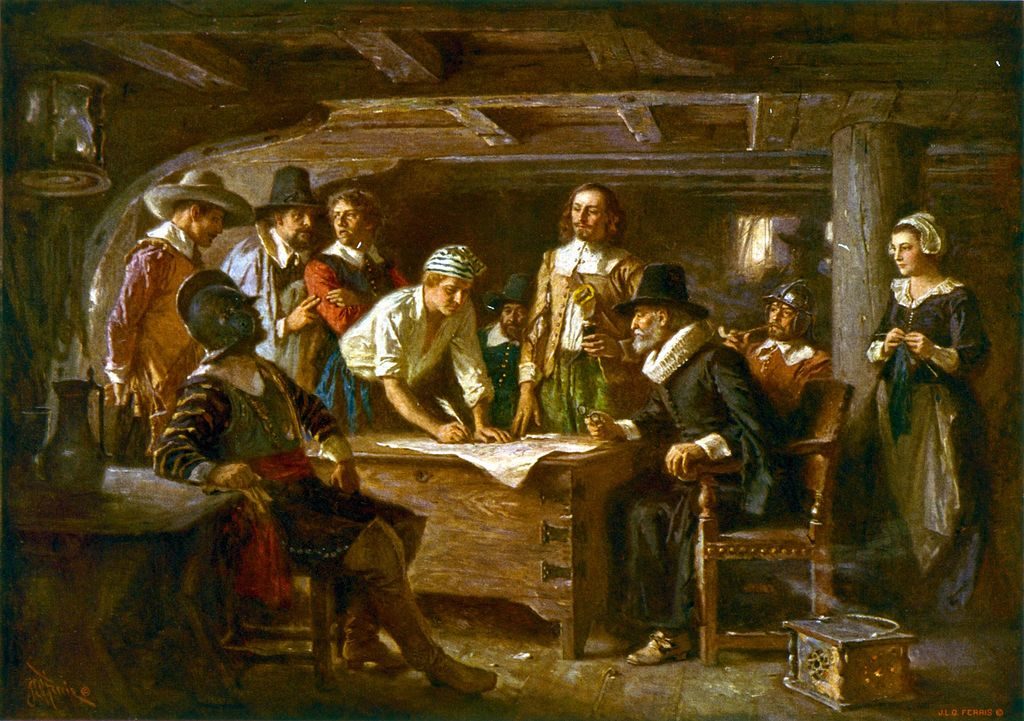 Self-educated particularly in languages—including Hebrew—and an avid reader, Bradford applied his knowledge and skills to recording the history Of Plymouth Plantation. He started this chronicle largely in response to the growth of Non-Separatist settlers in the colony, settlers whom he saw as competing with the Separatists. His history records such important events as the pilgrims’ landing at Plymouth, the Mayflower Compact, the first Thanksgiving, and the Puritan ethic in action as it was put to trial and served as testimony of God’s designs. These designs included the pilgrims’ persecutions, voyage to and landing at Plymouth, suffering starvation and sickness there, as well as experiencing increasing tensions between themselves and the Native Americans. In the Puritan plain style, Bradford offers simple yet monumental truths of their lives.